Wow, Spongebob Squarepants has been airing since 1999! So maybe you grew up with the show or your kids did. Regardless, you may be interested in the musical based on the hit Nickelodeon show. We know Spongebob is ready, but are you? 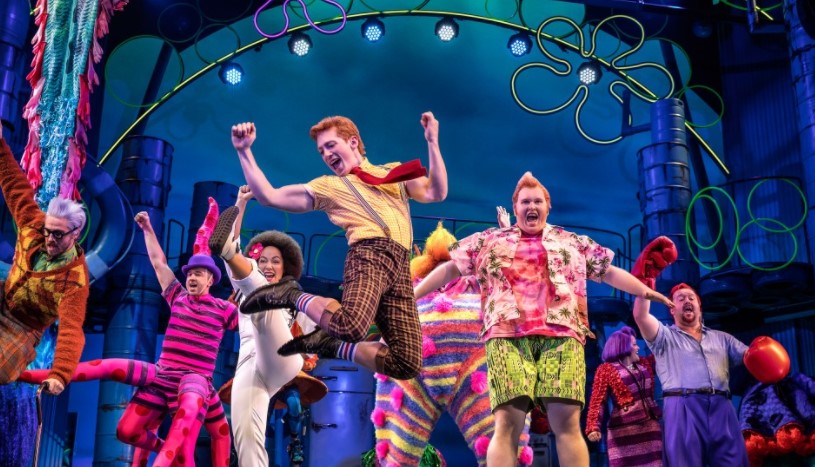 Spongebob Squarepants has long been a classic kids show on Nick. In 2017, the musical made its way to Broadway. Although it opened December 4th, 2017 on Broadway, it premiered the previous year in Chicago. Tina Landau not only directed the musical, but co-conceived it, while Christopher Gattelli was the choreographer and Kyle Jarrow wrote the book. Variety reported that the budget was somewhere between $15-$20 million. 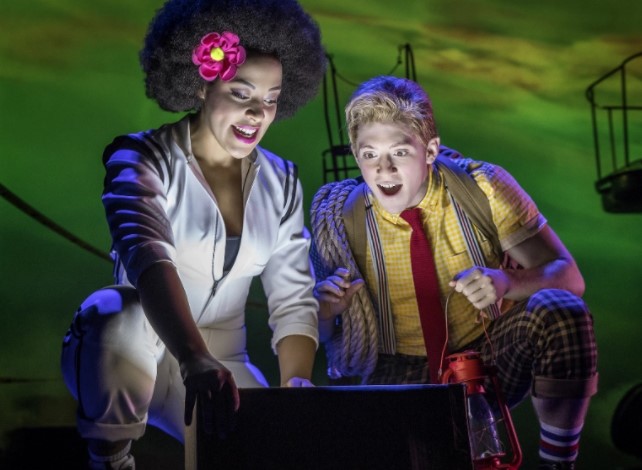 Now, the musical score is one of the most important parts of a Broadway musical. The score for Spongebob Squarepants includes songs from music legends like, Steven Tyler, Sara Bareilles, Lady Antebellum, John Legend, T.I., Cyndi Lauper, Panic! At the Disco and even a song by the former rocker David Bowie. Composer Tom Kitt (Pulitzer Prize and Tony winner), who you know for his work on Next to Normal arranged the music and served as the music supervisor and orchestrator.

In Spongebob Squarepants, you won’t find any elaborate costumes. Instead, the characters rely on the audience to fill in any gaps. From Spongebob (Ethan Slater) to Patrick (Danny Skinner) and Sandy Cheeks (Lilli Cooper), the cast wears simple outfits. Even Mr. Krabs is wearing red boxing gloves to stand in for his claws. Again, the costumes have been kept very basic. However, the set is covered in bright, loud colors with other bold choices.

Some may remember Lilli Cooper from her performance in Spring Awakening, but Slater and Skinner have both made their Broadway debuts in Spongebob Squarepants. Gavin Lee plays Squidward, and Lee previously was Tony nominated for his role in Mary Poppins.

Besides the music, set and cast, everyone wants to know about the storyline. Well, the show revolves around the Bikini Bottom residents worrying about a volcano erupting and ending the world. Some blame Sandy, as the one land mammal, for the impending doom. Yet, Sandy finds herself alone in her protest against Plankton’s evil anti-science views. Thus, many viewers picked up on some messages about immigration and other parallels to America’s current political climate. As may be expected in a children’s musical, the overall message is one of inclusion and unity.

As far as reviews go for Spongebob Squarepants, many of the takeaways seemed to be the same. Basically, the music, although it came from an incredibly talented group of musicians, did not seem to fit together smoothly. Besides that, many felt the show was fun and adorable and worth a view.

In The Guardian Alexis Soloski wrote, “An eclectic selection of original songs, written by everyone from John Legend to Aerosmith, meshes awkwardly with vibrant production design in this entertaining yet forgettable musical.”

Chris Jones of the Chicago Tribune wrote, “Despite the truly Herculean efforts of the orchestrator and arranger, Tom Kitt, this collection of one song from you there, and another from you cool people over there cannot achieve a consistent musical palette. Duh! But it is fun all the way.”

While Tim Teeman of the DailyBeast wrote, “And you know what: You believe it, him, and his mission. Are you a child or adult, you might ask. It doesn’t matter—the musical, like its silly, vanilla crude names (Bikini Bottom, Sandy Cheeks), works for whoever is watching.”